Available Titles and Their Links to Amazon.com Escape Velocity, the science fiction magazine from Adventure Books of Seattle, was host to some of the most talented writers in the genre. Presented here are many of the best short stories from the magazine, as well as others specially submitted for this collection by authors from around the world. This very unique book contains forty-eight sci-fi stories, such as 'Scream Quietly' by Sheila Crosby, 'Royal Flush,' by Ian Whates, and Rebecca Latyntseva's controversial time-travel tale, 'Red Monkeys'. The stunning cover images only add to what is undoubtably one of the best science fiction collections of the year. Edited by Geoff Nelder of Great Britain and Robert Blevins of the United States.

Available for the Kindle now,

Island of the Wolves 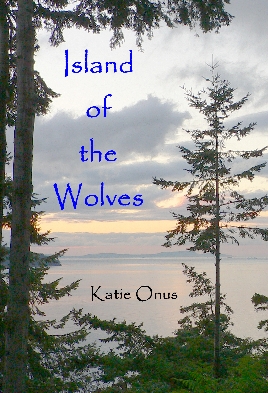 Island of the Wolves is a novel set in Kentucky USA, and written by 17-year-old Katie Onus, the 2011 winner of Adventure Books of Seattle's Young Writers Project. Selected from dozens of entries, it is the story of April Omega, a young girl who trains her dogs to respond to commands in German and races horses at a nearby professional stable. April is a typical teen in many ways, with friends, and a car she cherishes. However, there is something different about her, and this 'something' is at the heart of the story. Her veterinarian parents know about it, but they haven't revealed the secret to April yet, wanting her to grow up as a normal teen. The time is approaching when April must be shown what makes her family unique, and that involves a special trip to the Island of the Wolves.

Say Goodbye To The Sun 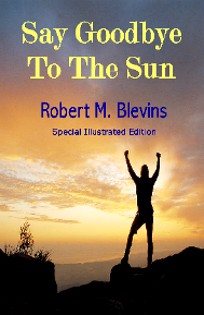 Robert M Blevins, author of The Corona Incident, and The 13th Day of Christmas, offers up the book that first brought attention to his work. Originally written in 1978, the last known copy of the manuscript was lost before it had a chance to be published. Twenty-five years later, a previously unknown copy was found in an attic in Seattle where the author had once lived. It was re-edited and published. Some of the predictions and science used in 'Say Goodbye to the Sun' have since come true in this nonstop tale of action and adventure.July 4, 2049: Sixteen years after a chance discovery by an astronomer in the New Mexico desert, the first real attempt to send humans beyond our solar system is nearly ready.

The New York Times calls the Galileo Project, 'Like trying to go the moon...during the time of Jules Verne...' Newsweek magazine goes even further, calling Galileo 'the most expensive suicide mission in history.' None of this matters to the crew of the Galileo Explorer. They have trained together for more than a decade and they are ready. Few give them any chance of success. This is their story.

Now available for the Amazon Kindle. 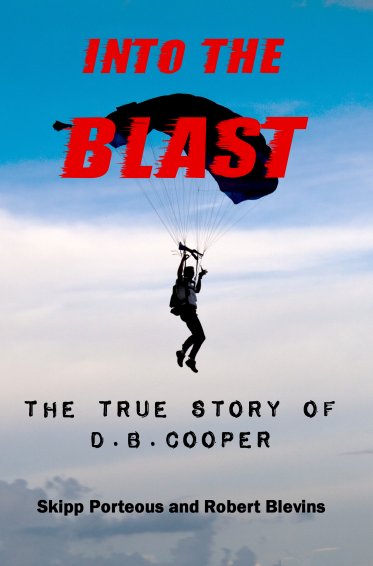 November 24, 1971 -  A man using the assumed name of 'Dan Cooper' leaped from the aft stairway of a Boeing 727 jetliner with $200,000 in cash. Nearly forty years later, his identity has never been discovered - until now.

Kenneth Peter Christiansen, former WWII paratrooper and employee of Northwest Airlines was very likely the man who pulled off the biggest unsolved crime in history.

Skipp Porteous of Sherlock Investigations, New York, and Robert Blevins present a compelling case based on new evidence and interviews with witnesses. More than 40 images help tell the story.
ISBN: 978-0-9823271-8-0

The 54-page report on Kenny Christiansen can be downloaded HERE in PDF. 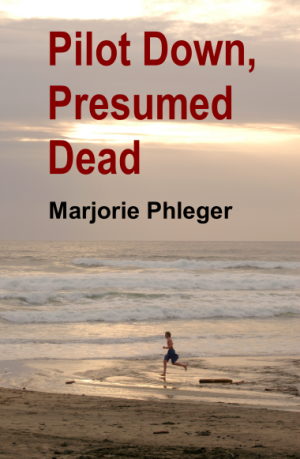 The Special Illustrated Edition of Marjorie Phleger's classic tale of survival is now available at Amazon.

'Pilot Steve Ferris makes a good living flying fishermen between San Diego and resorts in Baja California. But on one return trip, he runs into what the Mexicans call a chubasco, a sudden summer storm that can strike with near-hurricane force. Raging winds blow him far out to sea and threaten to tear the wings from his aircraft. When a beach appears in the distance, he takes a chance and tries to land.'

This book is on hundreds of recommended reading lists for teens, and is a great crossover adventure for adults as well.

Modern-day London - A group of eclectic characters once financed the construction of a huge complex below the streets of London, as a retreat in case of nuclear war. They include a rock star, an action film hero, a Member of Parliament, and others.

This complex is run by a supercomputer that can bend reality to its own ends.

None of the members of this little club ever thought they would have to use it...until the day they did.

Welsh writer A.J. Desmond takes readers down Alice's rabbit hole by the scruff of the neck and doesn't let go until the last page.

The 13th Day of Christmas A new US President with vision has given NASA their biggest challenge ever: Send a manned mission to the Red Planet within four years, when Mars and Earth make their closest approach in a decade. The stakes are high for both NASA and the Canadian Space Agency, who have combined forces to make it happen.

As the world holds its breath, Mission Commander Michael Walker, Specialist Dale McKendrick, and MEV lander pilot Anna Johnson roll the dice in a gamble unprecedented in space exploration. The gamble turns into a fight for survival when they find themselves stranded, low on oxygen, and out of contact with Earth. Conflict between a stubborn mission commander and the female astronaut he never wanted on the mission is the driving force behind this exciting story. Twenty-six illustrations, many of them from the Jet Propulsion Laboratory, are used as chapter headers in the paperback edition.

Character 'Anna Johnson' was based on real-life Canadian Chief Astronaut Julie Payette, who received a special edition of the book in hardcover.  This book has been newly re-edited for 2011.

Escape Velocity is the science-fiction magazine produced by Adventure Books of Seattle. Links to preview or purchase shown below: The paperback version of the magazine is no longer available at Amazon, due to a dispute we had with Lulu.com. They took the original color files, converted them to eBook format without our permission, and made them available at Barnes and Noble for the Nook. We responded by closing our account at Lulu. Escape Velocity was the only print product AB allowed Lulu to print. By closing our account with them, the files they 'borrowed' were also deleted, along with their rights to use them.

Currently, we are converting the magazine to Kindle format in color, and they will be offered at Amazon later this year. For issues in Kindle format at Amazon, with images still in black-and-white for now, see the link below.

Versions for the Kindle Reader are available on this page.